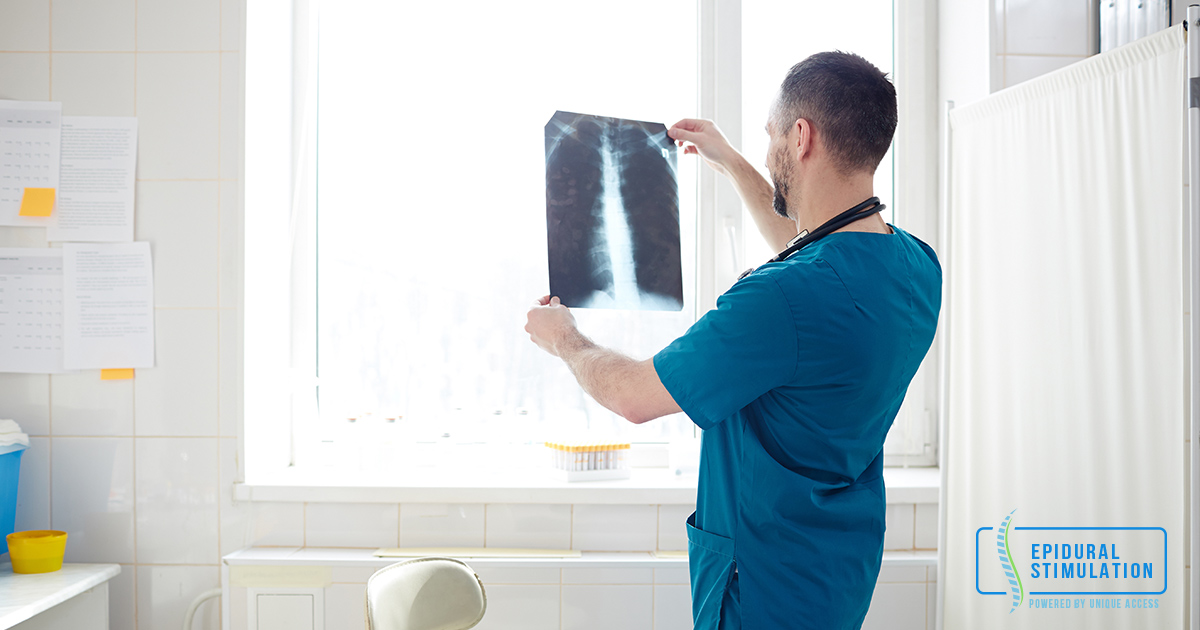 Spinal cord injuries (SCI) can often seem like the end of the world for those who suffer them, especially in the immediate aftermath when the changes to their health and lifestyle are so stark.

But advances in medicine never cease to amaze, and there are several new achievements in SCI treatment giving hope to quadriplegics and paraplegics everywhere. Neurologists, surgeons, and physical therapists now offer an array of procedures involving cortical electrodes, nerve regrowth chemicals and more, with varying degrees of success.

Epidural Stimulation works by attaching an electrical device to the patient’s spine. It applies a continuous electrical current to amplify and redirect nerve signals so they reach spinal cord tissue below the patient’s injury level.

Since 2016, UAM has successfully treated over 40 patients here in Bangkok while our contemporaries in neurology have continued to conduct studies and trials. They’ve been unable to make their discoveries available on a commercial rather than experimental basis, largely due to bureaucratic restrictions imposed by the likes of the United States’ FDA; but progress continues to be made.

The latest such progress comes from Switzerland, where researchers at Lausanne University Hospital are reporting results similar to those seen in Epidural Stimulation cases. They delivered “targeted spinal cord stimulation neurotechnologies” to three men who had lost the use of their legs, but who now have “voluntary control of walking” four years after their injuries.

One interesting finding in the Swiss study has to do with what’s being called “patterned stimulation.” Instead of continuous electrical current delivered to the spine as in Epidural Stimulation patients, patterned stimulation uses pulses of electricity to the muscles whenever the brain intends to move them.

The goal is stimulation of the spinal cord through simulation of the body’s natural nerve-signalling and signal-transmitting mechanisms. The scientists in Lausanne described this as “spatially selective stimulation” timed to coincide with the timing of the intended movements. In other words, the stimulation was delivered in intermittent bursts, not a continuous stream.

Several months into the study, an interesting discovery was made: Partially-paralyzed participants regained voluntary control of certain muscles without the electrical pulses, indicating that an element of reflexive behavior results from patterned stimulation.

Another difference between the results coming out of Lausanne University Hospital and those coming out of our state-of-the-art, Joint Commission-approved surgery and rehabilitation center in Bangkok is access.

Since we aren’t encumbered by red tape and archaic regulations, we’re able to make our progressive treatments using epidural electrical stimulation available to anyone willing to share in our belief that there’s a real chance for spinal cord patients to regain control.

Whether they have complete or incomplete injuries, are male or female, are young or old, travelling to Thailand for surgery and rehabilitation puts them on a path to sitting up, standing straight, taking steps, and wiggling toes. Unique Access Medical is leading the way, Swiss scientists are making more progress, and the future looks bright.