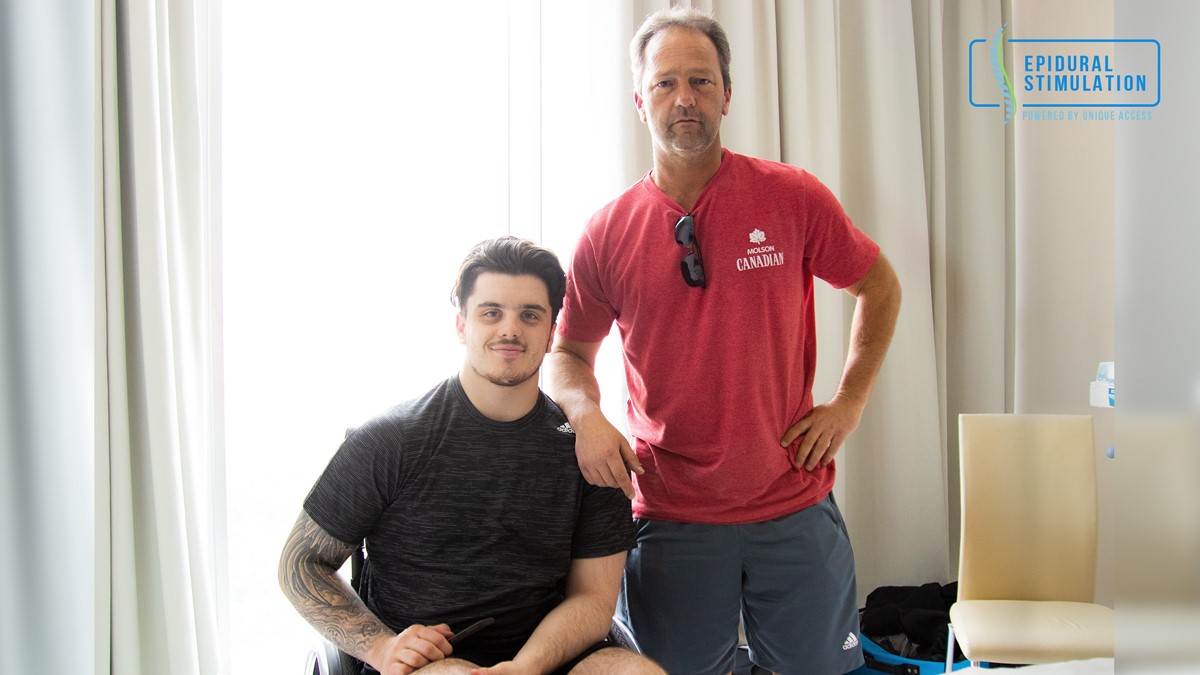 During a trip to tropical Thailand, Ryan Straschnitzki was blessed with two surprises: ice time at a nearby rink and regaining control of his paralyzed legs.

A mere 18 months earlier in Canada, a semi-truck driver ignored a stop sign and ploughed into a bus carrying Ryan and his junior hockey team. The accident left him with a spinal cord injury (SCI) at the T2 level and no voluntary control of anything below his chest.

Ryan stayed positive and dedicated himself to physiotherapy after doctors told him there were no other options. It wasn’t long before he learned that there were in fact other much better options.

A fellow Canadian SCI patient, a surgeon named Dr. Richi Gill, informed Ryan of a treatment that was available overseas but wasn’t available in Canada due to bureaucratic red tape. Ryan decided to do some investigating.

Dr. Gill’s recommendation was for a breakthrough surgery called Epidural Stimulation, which he had received himself.

In fact, he has now travelled to Verita Neuro in Bangkok on two separate occasions to have “epidural stimulators” attached to his spine. He was the first person in history to receive two of these devices, which help his brain reestablish connections with his paralyzed limbs.

After seeing his countryman stand and take steps with little assistance, Ryan sent his medical records to our team for examination and qualification. We accepted him for treatment and began assisting the Straschnitzki family with everything from their travel arrangements to accommodation.

The health and well-being of not only our patients, but their families as well, is critical during the treatment process. Thankfully, Unique Access Medical is a seasoned medical tourism facilitator that knows what it takes to care for international healthcare customers.

We also boast the longest and most successful track record for Epidural Stimulation.

What was included in Ryan’s 35-day program?

Our staff picked up the Straschnitzkis from Bangkok’s Suvarnabhumi airport and brought them to Verita Neuro’s state-of-the-art tertiary care partner hospital. Implanting Ryan’s Epidural Stimulation device took only a few hours, and being an otherwise healthy young man, he was able to begin supportive treatments within days of his arrival.

Exercising in our aquatic-therapy pool and working with our nutritionist were similar to his rehabilitation in Canada, but our “device mapping” procedure was unlike anything he had experienced back home.

When the device is on and Ryan tries to move his paralyzed limbs, his implant boosts those brain signals across the site of his injury. But, since the signal’s strength and direction isn’t perfect from day one, the device needs to be programmed (or, “mapped”).

This requires weeks of observation and manipulation by our therapists, and lots of physical effort from the patient. Mapping takes up most of a Verita patient’s stay, with some sessions lasting as long as six hours, so even someone like Ryan will find the process exhausting at times.

Like most of our patients, however, he was smiling and laughing all the way through.

The results of Ryan’s Epidural Stimulation

Within two weeks of his surgery, Ryan was moving his legs. His parents joked that he almost kicked his therapist. The stimulator’s current configuration gives Ryan some control over his ankle, knee, and hip movements, but his Calgary doctor says, “He can get to a far higher ceiling than what we’re seeing now.”

Mapping of the device begins.Learning to control legs. One time almost kicked therapist. Opps Therapist is only holding his leg. Ryan is moving it. Then Ryan asks if he can go work out at the Mall Gym after. The stunned therapist said NO. You just had surgery. Seriously son. Haha pic.twitter.com/QTKqfq3AEf

Verita specialists believe he’ll eventually be able to stand on his own using a walker, with other less apparent quality-of-life enhancements materializing much sooner.

Ryan can expect significant improvements to his control over bladder, bowel, sexual, and cardiovascular functions. And, as any SCI patient or loved one will tell you, these are often just as much of a motivator as regaining voluntary movement.

There was only one thing left to do before heading back to Canada to continue his therapy: mapping Ryan’s stimulator so he can turn it on while circling the rink in his ice sled. It has been his plan to join Canada’s Paralympic sled hockey team since the day he got his implant, and at this point that goal looks fulfillable.

Verita Neuro has treated over 70 SCI patients from all over the world. If you suffer from an SCI and have been told physical therapy is your only option, we would welcome an opportunity to prove otherwise.

Submit your contact information and one of our specialists will get in touch with you within 48 hours! 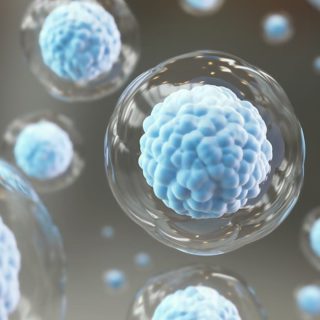 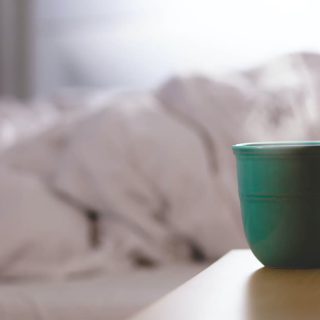 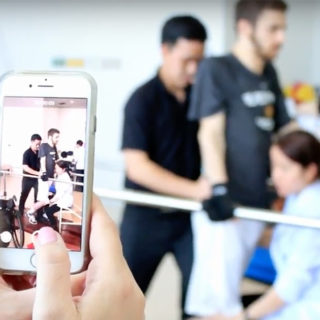 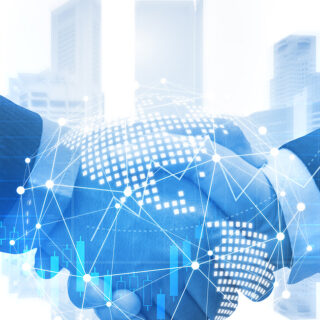