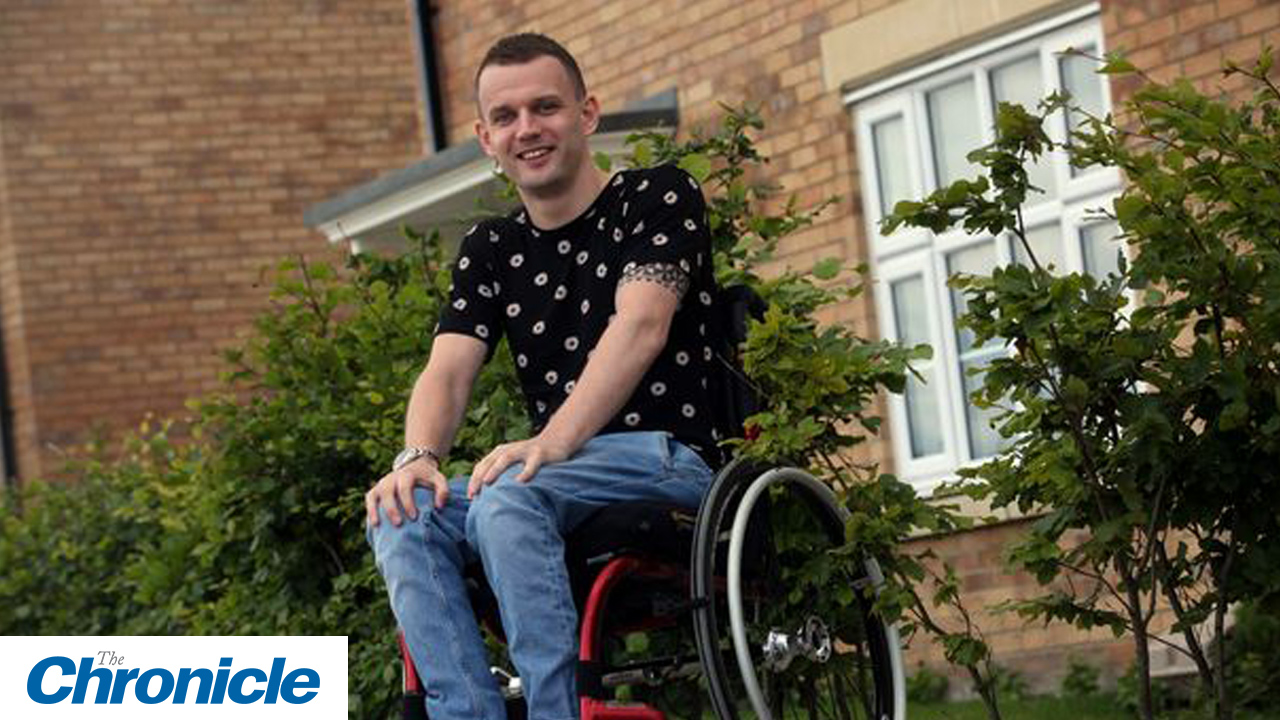 Andrew Bell was left with life-threatening injuries, including a broken spine, fractured ribs, a dislocated sternum and punctured lung, and spent weeks in hospital after he was hit by a car while out on his bike near Chester-le-Street.

The active 29-year-old was airlifted to Newcastle’s Royal Victoria Infirmary, where he needed emergency surgery to insert two metal rods into his back.

He spent seven days in intensive care before being given the devastating news that he’d never walk again.

But, as Andrew began his long road to recovery at the James Cook Spinal Rehab Clinic, in Middlesbrough, the former Sunderland Marine Insurance worker was determined he was going to do all he could to prevent spending the rest of his life in a wheelchair.

And a possible chance came when Andrew heard about a new treatment at the ‘Better Being’ Hospital in Bangkok, in Thailand.

The total cost of the treatment is around £50,000 and Andrew and his brother Rory Bell have set up a GoFundMe fundraising page to help raise money towards the medical fund.

Andrew, from Spennymoor, said: “I don’t remember much about the accident. I remember the sound of it and I remember being on the floor and saying ‘I can’t feel my legs’.

“But, the next thing I remember was being in hospital and my mum and girlfriend and sister-in-law were there.

“I had been airlifted to the RVI and I had to have emergency surgery two metal rods in by back to relieve the pressure on my spine, which I’d fractured in two places.

“Unfortunately, the damage to my spinal cord had already done and I was told I would never walk again. I was transferred to James Cook Hospital and I remember thinking, I’m not the kind of person to lie here and cry and hope for magic fairies to come along and sprinkle magis dust on my legs to make me walk again.

“I thought I need to be positive, grit my teeth and get on with it and work hard. I was told there was less than a 5% chance I was naturally be able to walk again but, to me, that meant there was still a chance.

“Since day one of my accident I have been extremely positive within myself. As soon as I was told I couldn’t walk again that instantly lit a fire inside me to prove the doctors wrong. I’m a firm believer in the idea that if you want something bad enough, work hard and believe then anything is possible.”

Incredibly, Andrew achieved his initial goal of being discharged from hospital after just 10 weeks and his attention was drawn to researching possible treatments to help him walk again.

He read about clinical trials involving five paralysed men and epidural stimulation in the United States and applied to be considered to the next trials.

“The chances of getting chosen was like a needle in a haystack,” he said. “I thought it was just those trials in the US that were offering the treatment but then I read about a Scottish boy who had been left paralysed from the neck down after a rugby accident.

“He’d received the treatment in Thailand and he’s now able to stand and move his upper body. I followed his blog and contacted him and, through that, I got in touch with the hospital in Thailand.”

Andrew will be the first person in the world to undergo the treatment so soon after his accident.

He added: “The hospital are hoping that, because my accident happened recently, that it would be beneficial for me to do the treatment as soon as possible because my leg muscles, bladder and bowel functions are still strong.

“As opposed to someone who had their accident a considerable time ago and has lost muscle memory and muscle mass. I think 18 months is, so far, the shortest period of time someone has gone between their accident and starting their treatment.

“I know there is still a chance it might not work but I’m a positive person and I’m going to make the most out of the opportunity. I’m excited and, if it works, I’ll probably be the fastest person to walk again after being told they wouldn’t.

“It’s also my 30th birthday while I’m out there, so it would be the best birthday present ever.”

More than £12,000 has already been raised for Andrew’s treatment fund but, with the support of the local community, the family hope they can reach their target.

Andrew is hoping to fly-out with his brother to start the treatment on November 5.